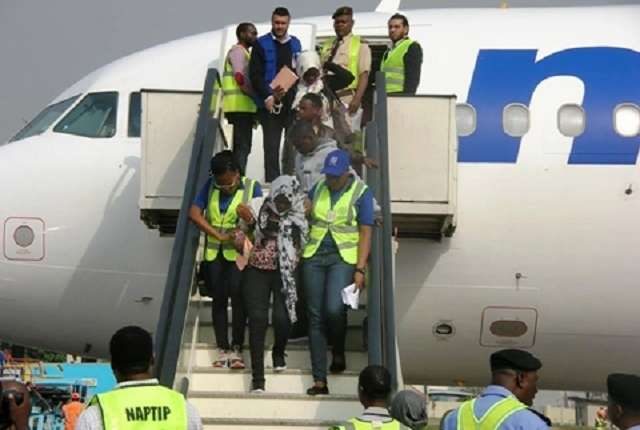 The National Emergency Management Agency (NEMA), has received 149 Nigerian returnees who had been stranded in Libya, bringing the total number brought back to the country in the last five weeks to 975.

The Boeing 737-800 aircraft with Registration Number 5A-DMG which flew in the returnees, touched down at the Murtala Muhammed International Airport, Lagos at 6:35pm Monday.

The returnees comprising 29 females, 115 males and five children were assisted by the International Organisation for Migration (IOM).

They were received by the Director General of NEMA, Mustapha Maihajja.

The returnees were also received by officials of Edo State Government, the Nigerian Immigration Service (NIS) , the National Agency for the Prohibition of Trafficking in Persons (NAPTIP), the Federal Airports Authority of Nigeria (FAAN) and the Police.