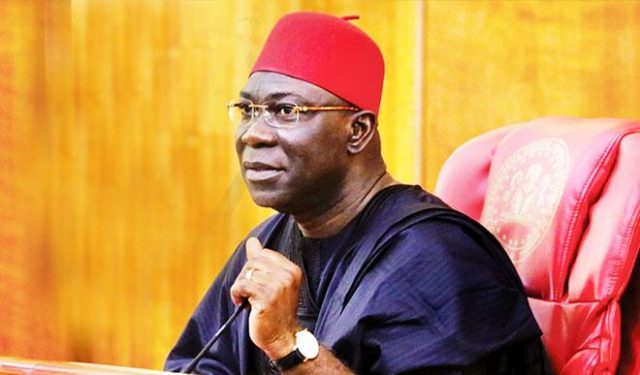 The Senate has postponed deliberation on the proposed withdrawal of $1bn from the Excess Crude Account by the Federal Government to fight insurgency and other security concerns across the country.

The action followed an observation by the Deputy President of the Senate, Ike Ekweremadu, on Thursday, that deliberation on the matter was slated for the same day and expressed surprise that it was not listed on the Order Paper.

The Senate, thereafter, moved the matter to the next legislative day, after its recess, following the absence of Sam Anyanwu who was meant to present the motion on the floor.

The Senate President, Bukola Saraki, therefore, assured the law-makers that the matter would be treated as a matter of priority upon resumption, adding that it would be listed as the first item for consideration.

“It is an important motion that we cannot take if the person that moved it is not here. It cannot be delegated. I assure you that we will take it.

“Our party will not spend money that did not follow due process. I am assuring you that the money will not be spent, until we come here and debate on it,” he said.

The National Economic Council had, last week, in its meeting, chaired by Vice-President Yemi Osinbajo, agreed to withdraw one billion dollars from the ECA to be used in tackling insecurity in the country.