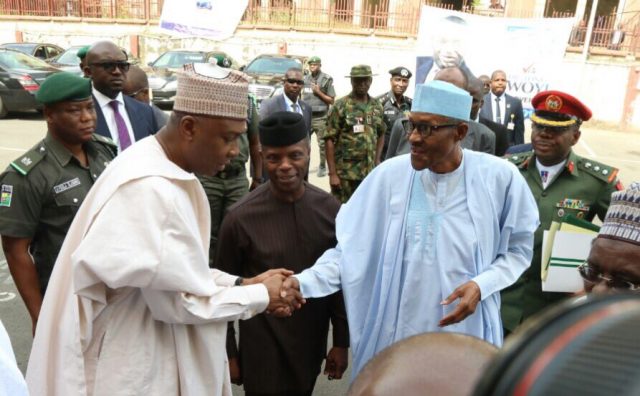 The Senate President, Bukola Saraki, has emphasised the need for government to increase non-oil revenue generation.

Saraki stated this on Tuesday in Abuja when President Muhammadu Buhari presented the proposed N8.612 trillion 2018 Budget before a Joint Session of the National Assembly.

Saraki said that as the country gradually recovered from recession, it was important to reset the fundamentals that drove the economy so that it would not slide back into recession.

“We must reassess the relationship between oil and our economy. Oil prices are gradually inching up, but that is no reason for complacency in our diversification drive.

“We must grow our economy away from oil and increase attention to other sources of revenue generation.”

On tax collectkion, the Senate President stressed that this and other independent revenues from state-owned enterprises must be taken seriously.

“If the Budget is to be funded, we cannot afford to turn blind eye to revenue under-performance.

“While there is need to review extant laws guiding the operation of some government enterprises, I would call for more determined effort on the part of the Executive to block leakages.

“This sector alone accounts for over N40 trillion in valuation, of which less than N400 billion is remitted as revenue to Consolidated Federation Account. This is not acceptable. We need to vigorously address this area,” Saraki said.