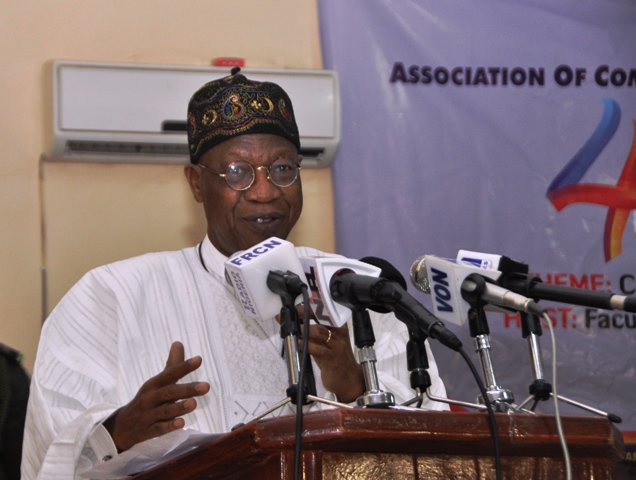 He made this known when Lai Mohammed appeared before the panel to defend the budgetary estimates in the 2018 budget proposal by the ministry.

“Under the capital project in 2017, there was office equipment, computers, generators and so on, and some of them are still listed under your 2018 budget?,” she asked.

“Bringing office equipment like computers every year – making it a yearly event – seems as if it is not going down well with the National Assembly.”

Lai Mohammed Responded by saying, “Madam, if you look at what was appropriated and what was released, especially in the area of capital, it is always about 22 to 23 percent, which means that if we needed to buy two vehicles and the release could only buy one, we needed to seek relief in the next budget. That is why it seems as if it is a ritual.”