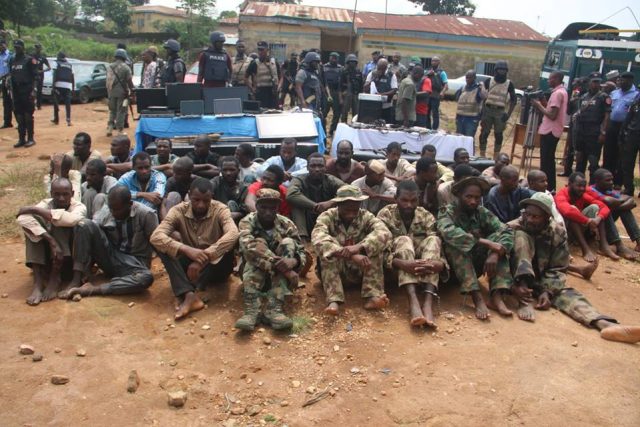 The operatives of the Zonal Intervention Squad, Zone 2 Police Command, Onikan, Lagos have said 26 stolen cars in Oworonsoki, Bariga and Somolu areas of Lagos state in the last eight months have been recovered in Ondo state.

According to the command, a syndicate that usually sneaks into the neighborhood with master keys to open the cars, and steal in the communities was tracked down to Ondo.

The police said it recovered 13 Toyota Camry, three Toyota Corolla, one Toyota Sienna, one Nissan Sunny and one Nissan Almera.

Others are three Honda Accord, two Toyota Sienna, one Nissan Pathfinder and one Mazda 626.

How they force got the information

Speaking with newsmen, the Assistant Inspector-General of Police in charge of the command, Adamu Ibrahim, said the police got information about the gang on October 6, 2017.

“We learnt the robbers snatched a Toyota Camry big daddy from Lagos around 2.45pm on that day and were heading towards Sango Ota, Ogun state.

“A team of ZIS operatives was detailed to track down the hoodlums and three of them were arrested. They confessed that they specialised in removing vehicles by roadsides and that they operated in the Bariga, Oworonshoki and Somolu areas of Lagos State,” he said.