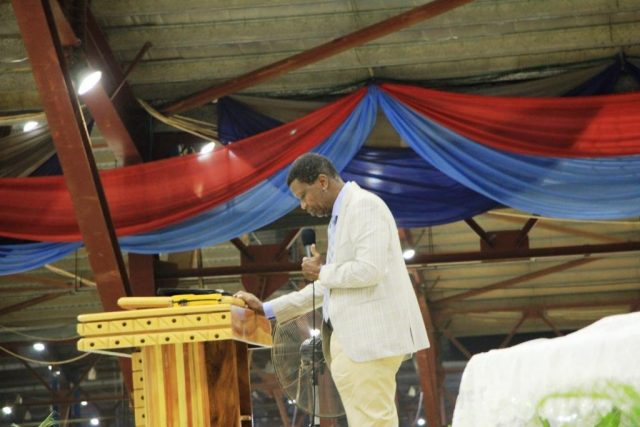 The General Overseer of the Redeemed Christian Church of God (RCCG), Enoch Adeboye, has shown that, despite the several miracles God has used him to‎ perform, and the huge success of the just-concluded Holy Ghost Congress of the church, he is human after all.

On the last day of the Congress, one of the elders of the church, who was identified simply as Elder Aboaba, 85, who introduced Adeboye’s session, wished that the the week-long Congress continued for another week.

As he made his wish open, Pastor Adeboye was seen whispering to his wife, Folu, popularly called “Mummy G.O. And later when he mounted the pulpit to minister, he shared what he had whispered‎ to his wife. “I told my wife jocularly, I have no objection to his (Aboaba’s) wish provided he would be the one preaching (during the additional week of the Holy Ghost Congress). I will just sit down and enjoy it.”

Adeboye explained later, “that was a joke but of course it shows it takes the grace and empowerment of God for him to do all what he is noted for doing. You must have heard him say often that without Jesus he is nothing.”

The over 75-year-old pastor noted for his disarming humility and stamina dreads taking God’s credit, a reason he dislikes to be praised. He would rather want Jesus, who empowers him, to be praised, according to what he said during a book launch for him last year at the Redemption Camp which he reluctantly attended.