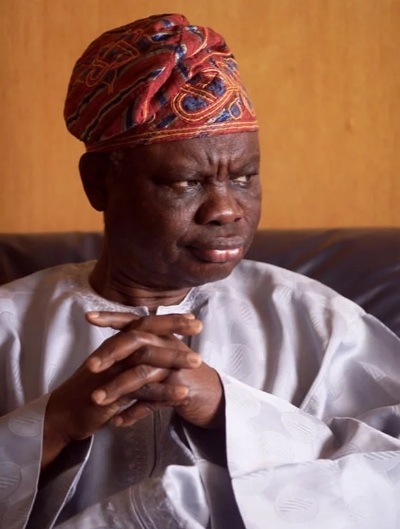 Former President, Olusegun Obasanjo, has described the death of former Minister of Foreign affairs, Oluyemi Adeniji, was a great loss to Nigeria. Adeniji died, in London, at the weekend, at the age of 83.

Obasanjo said this in a letter of condolence to Governor Ibikunle Amosun on Thursday. He noted that Nigeria had lost one of nation’s most outstanding diplomats who brought his unique knowledge and experience into the Nigeria’s Ministry of Foreign Affairs and the international community.

Obasanjo said that Adeniji’s enormous contributions to the nation in particular, and international community, in general, earned him an eminent position in the nation’s gallery of unforgettable public servants.

“I am currently in China attending, the Club of Madrid General Assembly and Annual Policy Dialogue, the sad and shocking news of the passing of Adeniji got to me with a personal deep sense of loss.

“In particular, I note his memorable stint in the Nigerian Foreign Service in the decades after Nigeria’s attainment of independence, during which he carved a niche for himself in global diplomacy.