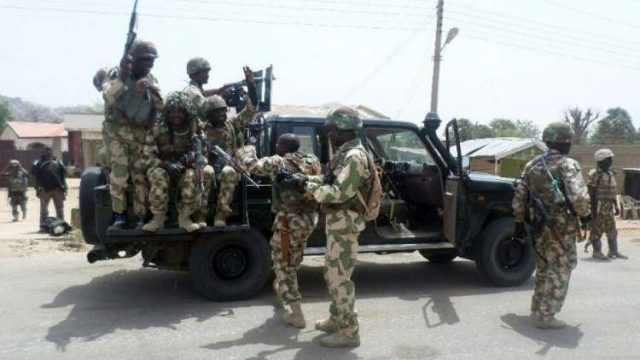 Following an attack on the community which led to death of four people and injury to eight others, the Nigerian Army has deployed more troops to Unguwan Mailafiya in Kaduna state.

Samuel Aruwan, the Senior Special Assistant to Governor Nasir el-rufai on Media and Publicity, revealed this while briefing Journalists in Kaduna on Monday, adding that the state government is saddened by the latest attack.

He said the Military authorities notified the state government of the attack on the community which occurred on Sunday December 24, following an attack at Nimdem on Saturday night December 23.

According to Aruwan, the state government has been working with security agencies to fortify the general area and enhance security in the community.

He reassured citizens of their safety, saying the Commander of Operation ‘Safe Haven’, has temporarily moved to Kafanchan to coordinate the operation.

Aruwan further urged people in the area to report any threat to peace, law and order within the Kaduna South Senatorial District to the officials of Operation Safe Haven, the special security task force in the area on the following mobile phone numbers for necessary action.

He said the state  government had commended effort of community leaders in the wake of the Nimdem attacks and urges continued engagements to prevent escalation.