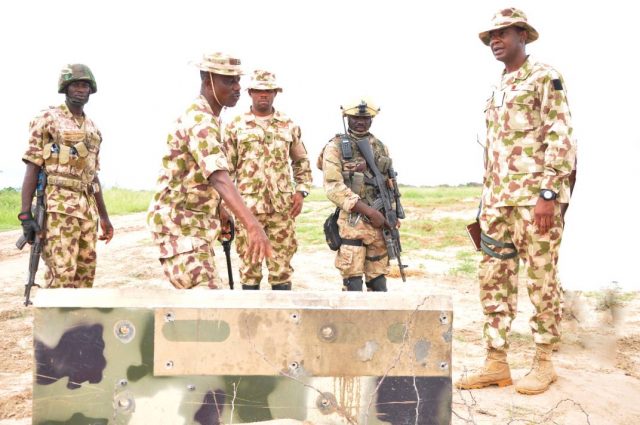 The Nigerian Army has killed several Boko Haram insurgents and recovered weapons in an encounter that ensued at Zari village in Guzamala Local Government Area of Borno on Friday.

Nwachukwu said the insurgents were repelled by the troops of 2 Division Task Force Battalion deployed in the area.

He said that the insurgents were on rampage, looting the community and extorting money from the people but met with a fierce resistance by the Land troops of Operation Lafiya Dole who were closely supported from the air by troops of the Air Task Force.

He said that during the fire fight, overwhelming volume of fire was unleashed on the insurgents from both the air and ground troops, neutralising several of them and their weapons.

The Spokesman said that the village and the surrounding communities had been stabilised and normalcy restored.

He also said that the land troops had been reinforced to conduct more robust fighting patrol in the general area.

“The people of Guzamala and Mobar communities and indeed the entire good people of Borno are urged to remain calm, resilient and supportive of Operation Lafiya Dole troops as they relentlessly fight terrorism and insurgency in the North- -East,” Nwachukwu said.