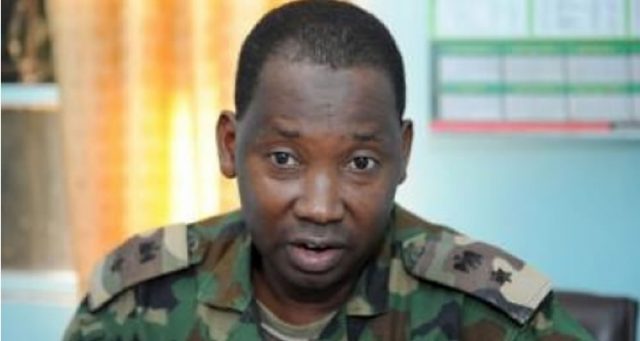 The Deputy Director, Army Public Relations of the Division, Col. Sagir Musa, said this in a statement issued on behalf of the GOC in Enugu, on Friday.

The project is aimed at improving soldiers’ and officers’ accommodation. He also inspected ongoing erosion control project at the Golf side of the barracks, as well as the fencing works of the barracks.

“I am totally displeased with the attempts made by some of our civilian neighbours to encroach on the Nigerian Army land, especially at the left flank of the Golf field of this barracks,” he said.

The news Agency of Nigeria (NAN) that Abubakar has ordered the site engineer of the Project, Col. E. Egunjobi, to strictly adhere to, and where necessary ensure total reversal to the original boundary settlement between the barracks and its neighbours.