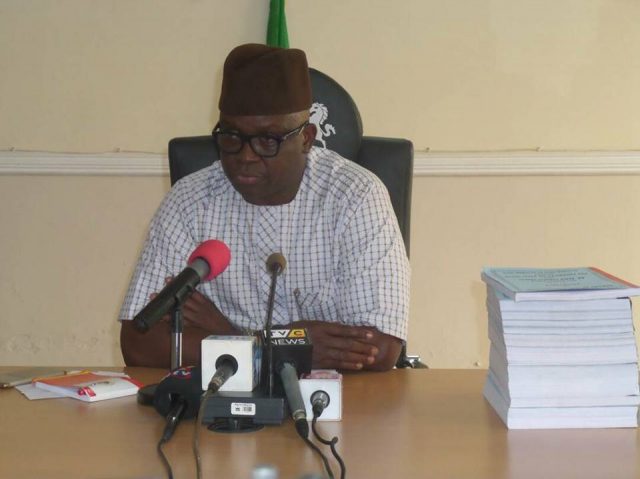 Ekiti Governor, Ayodele Fayose, has said asking people to account for their stewardship should not be termed witch hunting, as leaders must be accountable and that Ekiti people have the inalienable rights to know how their commonwealth was being used.

He stated this when he was receiving the report from the panel of inquiry set-up by the state government.

“I appreciate the panel members for a thorough job done. The time and energy they put into the job. The panel waited for the outcome of the court case instituted by former Governor Kayode Fayemi before it concluded its job, because we are ardent believers in the rule of law and if the court had ruled that we should stop, we would have stopped.

“There is no witch hunting in a situation whereby people are asked to account for their stewardship. I am glad that the Federal Government is also pursuing the policy of accountability and we are following suit here too,” he said.

After receiving the report, Fayose inaugurated a four-man administrative panel to study it and come out with a White Paper.

The administrative panel is headed by the Commissioner for Justice, Kolapo Kolade. Earlier, Justice Oyewole said though the panel was given three months to do its work when inaugurated in May this year, it had to bid its time to see the end of the litigation by Fayemi.