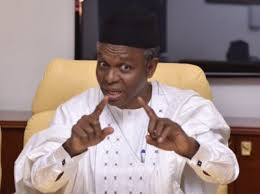 Following the prolonged industrial action embarked upon by the university lecturers under the aegis of the Academic Staff Union of Nigerian Universities ASUU, , the National Association of Nigerian Students (NANS), Kaduna, has called on students of respective schools to assemble on Wednesday to shut down  the busy Kaduna-Abuja road.

Speaking in a statement on Wednesday, the students’ task force Chairman, Comrade Dominic Philip said the mass action would commence from Kaduna expressway and end at Gonin Gora by Federal Cooperative College, Kaduna.

To make the mass action a successful one, he , he invited all National Excos, Zonal Excos in Kaduna, JCC Executives, SUG’s/ SRC Executives, parents, good-spirited countrymen and women to join the massive protest at the busy road.

It will be recalled that  the Kaduna State Government, had on Tuesday night, issued a stern warning to the students, saying that such protest is dangerous being that the state is a fragile state.

Speaking on the development, the  State Commissioner for Internal Security and Home Affairs, Samuel Aruwan,, said that the planned action by any group or individual would not be accepted by the state.

He added that “citizens may kindly be reminded that collective security should remain the first and most important consideration at all times.

“Individuals, unions and other groups are, therefore, urged to note this advisory for strict compliance.”

Reacting, the students’ leadership also said on Tuesday night that nothing would stop the protest planned by the students.