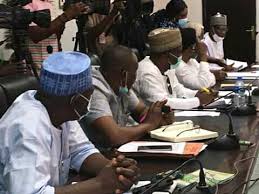 Speaking in a statement on Thursday,, the academic union on behalf of its president Professor Emmanuel Osodeke, emphasized on the  implementation of a special salary scale for the lecturers known as the University Salary Structure (USS).

He said: “At the resumed meeting of the Federal Government of Nigeria (FGN) and the Academic Staff Union of Universities (ASUU) 2009 agreement re-negotiation committee, on Tuesday, 16th August 2022, the government team presented an “Award” of a Recommended Consolidated University Academic Salary Structure (CONUASS) prepared by the National Salaries, Incomes and Wages Commission (NSIWC) to ASUU.

“ASUU firmly rejected and still rejects the ‘Award’,” he said.

According to Osodeke, the new draft agreement has other major recommendations for the funding of areas  2009 FGN/ASUU agreement, being renegotiated, adding that one of such  is the tax on cellphone and communication lines.

He lamented that renegotiation in the past had been done with bad faith.

“The new draft agreement has other major recommendations for the funding of major components of the renegotiated 2009 FGN/ASUU agreement.

“Our prayer: Where there is a will, there will be a way. The federal government, through the ministry of education, should return to the new draft agreement of the 2009 FGN/ASUU renegotiation committee whose work spanned a total of five and half years as a demonstration of good faith,” he said