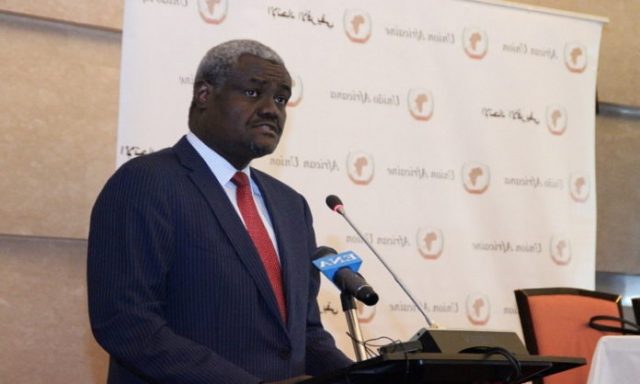 The African Union Commission (AUC) has revealed that 400,000 to 700,000 Nigerians are languishing in a camp near Tripoli in Libya.

AUC Head, Moussa Faki Mahamat, stated this at a summit of the African Union and European Union in Addis Ababa, Ethiopia.

European and African leaders have set themselves a tall order to stamp out horrific abuse of African migrants, some of them Nigerians in Libya, where thousands are suffering in a vast, lawless territory.

The EU-AU leaders set a goal of immediately repatriating 3,800 migrants languishing in Libya.

But experts point to a daunting array of hurdles, from extracting migrants in perilous situations to giving them incentives to stay put when they return home.

Even so, the summit’s commitment, initiated by outrage over a CNN television report on black Africans being sold as slaves in Libya, is being welcomed.