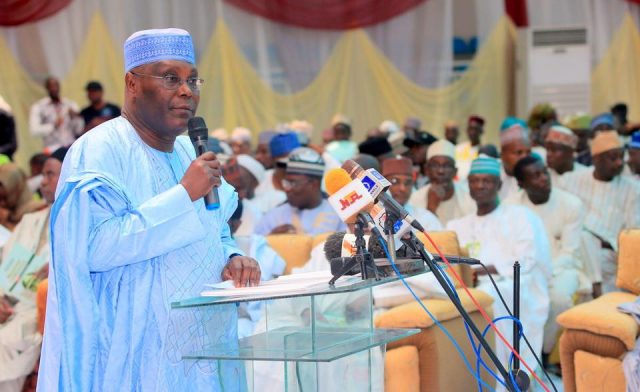 Former Vice President, Atiku Abubakar has expressed sadness at a bomb blast at a mosque in Mubi, Adamawa state.

“I’m sad. Sad about the bombing in Mubi. I pray for our people affected by this incident,but I know that is not enough,” Atiku wrote on his Twitter handle

“We must remain vigilant, work together until all of us are safe.”

An act of wickedness

Meanwhile, Adamawa Governor, Muhammadu Bindow  in a statement, described the incident as “an act of wickedness perpetrated by criminals who are bent on destroying the hard earned peace in Mubi and other parts of the state.”

He also called for calm among residents, assuring that security had been stepped up in Mubi and its environs and that his government would not rest until those behind the wicked act are brought to book.