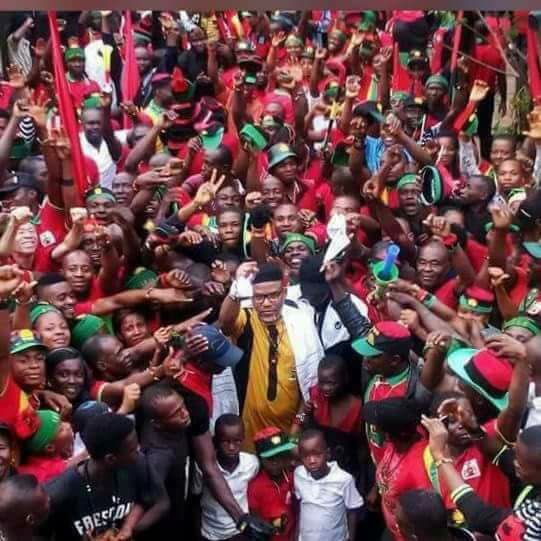 Abia State Police Command has warned members of the Indigenous People of Biafra (IPoB) against harassing residents in a bid to enforce a sit at home order on Saturday.

Commissioner of Police, Anthony Ogbizi,who stated this through the Area Commander, Aba, Peter Opara , during a patrol exercise tagged , “Operation Show of Force”, in Aba, warned that the ban against IPoB is still in force.

He stressed that any member of the outlawed group forcing traders to sit at home on Saturday, will face the wrath of the law.

IPoB members had on Thursday stormed major markets in Aba, distributing leaflets warning traders not to open for business on Saturday, adding that there will be no election in Anambra state.

Though no arrest was made, the Police assured that security has been beefed up in the city. The CP urged traders to go about their normal businesses without fear as the Police in the state have the capacity to protect lives and property.