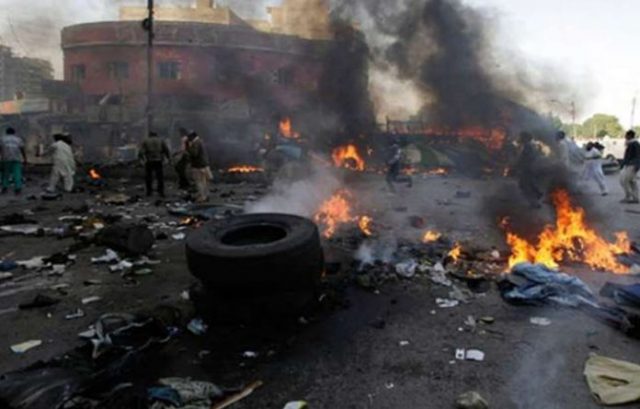 Two people have been reported injured in a minor bomb explosion which occurred on Saturday, about 400 metres away from a polling station at Coal Camp, in the Enugu metropolis.

The incident occurred at about 7:30am.

The explosion occurred in a shop near Ogbete Ward 6 Polling unit and damaged a Mercedes Benz car parked nearby.

No cause for alarm

The Enugu State Police Command has confirmed the arrest of three persons in connection with the incident.

Amaraizu also said that a tricycle was destroyed by the minor explosion which occurred at a workshop about 400 metres near the entrance of a polling station at Coal Camp.

“There is no cause for alarm as the command’s Explosive Ordinance Department (EOD) is already at the scene of the incident.

“The polling station close to the scene is still having voters patiently waiting to exercise their franchise.

“It is just a coincidence happening on the day of election.

“The Command, however, is assuring members of the public that the cause of the minor explosion will be thoroughly investigated,’’ he said.