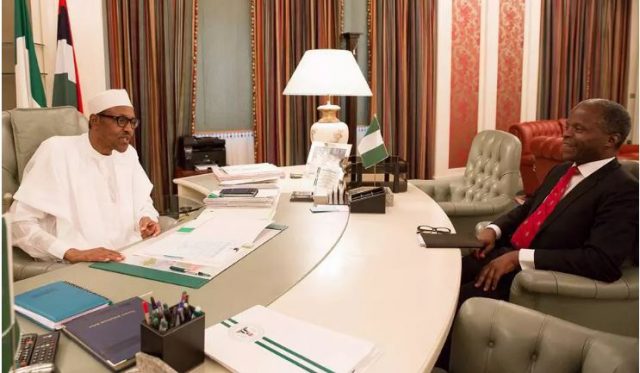 The Vice President, Yemi Osinbajo, has said journalists in the country with the poor remuneration cannot live a decent life.

Speaking on Monday in Abuja during an end-of-year seminar of the State House Press Corps with the theme: ‘Journalists and Retirement’, the Vice President lamented that the private sector in the country does not respect the national minimum wage.

While noting that although remunerations were generally poor in the country, including his own and that of the President, Osinbajo said their case was unique because many media owners are making the revenues but simply refuse to pay journalists better as and when due.

He noted that while he earns about N1.5m as Vice-President, President Muhammadu Buhari earns about N1.75 million, which was not commensurate with the offices they occupy.

The Vice President recalled his brief encounters working with media houses as legal adviser, and how in all the months he worked, he was not paid despite the irregular hours he put in.

Giving other reasons for the fate of Nigerian journalists, Osinbajo noted that the private sector, which hosts many media organisations, does not adhere to the country’s minimum wage, which is currently N18,000 per month.

He also pointed out that entry into journalism is not rigorously regulated or enforced by professional bodies as even untrained persons are allowed in.

“I realised first of all that this is not a profession from which one could make a decent living in the first place unless you find a really good way of doing so.

“But more importantly for me was the fact that you are just on your own. Journalism as a profession is so wide open.

He therefore challenged journalists to brighten their prospects and future by always seeking ways of improving themselves and getting better job opportunities with attendant improved income.