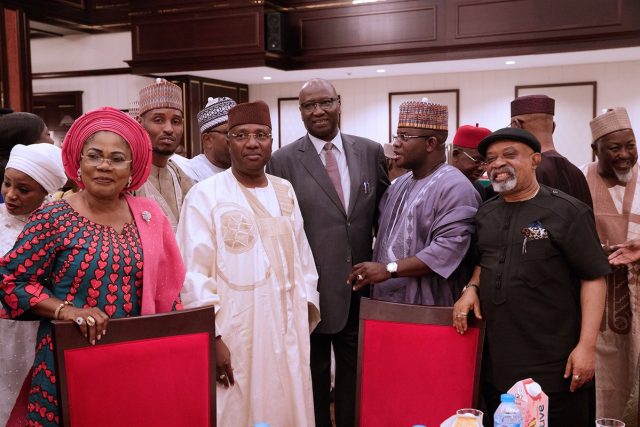 The Presidency has said the Economic and Financial Crime Commission (EFCC) will not be stopped from its investigation against Babachir Lawal and Ayo Oke, who were relieved of their appointments.

Presidential spokesman, Garba Shehu, who stated this in a statement issued on Monday in Abuja, said President Buhari had taken the necessary administrative action against the two officials.

President Buhari, had on Oct. 30, approved the appointment of Boss Mustapha as the new Secretary to the Government of the Federation (SGF), and terminated the appointments of the suspended SGF, Babachir Lawal and theDirector-General National Intelligence Agency (NIA), Ayo Oke.

“The President has taken the administrative action. All other actions will be taken by relevant government agencies.

“The position of the President, therefore, is that investigative agencies, which have already commenced the investigation of the two officers removed from office, will go on with their work of investigation without any interference or hindrance.’,”the presidential aide.