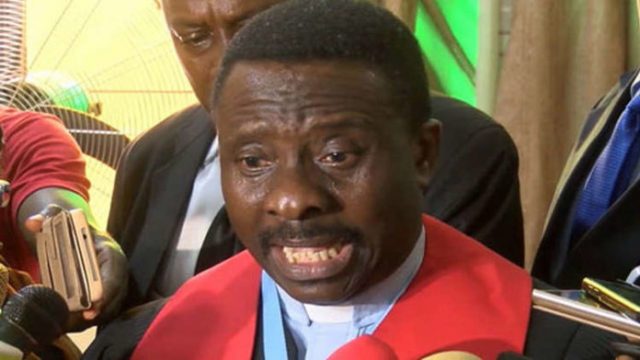 The President of Christian Association of Nigeria (CAN), Samson Ayokunle, has described President Muhammadu Buhari’s war against corruption as one-sided and unproductive.

Ayokunle,in an interview with journalists at the 12th convocation of Bowen University, Iwo in Osun state, however, commended the Buhari Administration for identifying corruption as a major problem that must be tackled.

According to the CAN leader, it appeared Buhari was only focusing on fighting corrupt persons outside his political camp while he had turned a blind eye to those perpetrating corruption around him.

He stated that the President must beam his searchlight on members of his cabinet and his party men if he wanted to be taken seriously in his war against graft.

Speaking on the killing of some farmers by suspected Fulani herdmen , the CAN president, who is also the President of Nigerian Baptist Convention (NBC), frowned at the silence of Buhari despite despite the despicable act being perpetrated.

He said the herdsmen had thrown many families into sorrow and hunger as a result of the killing of their breadwinners and the destruction of their farms.