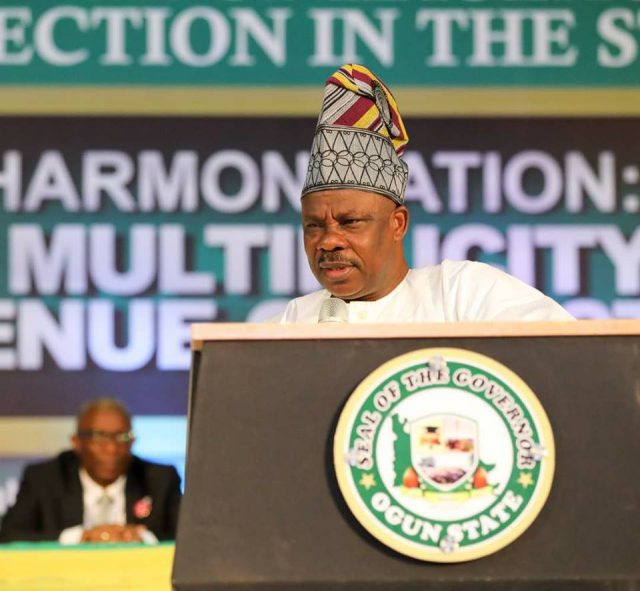 Christmas came early for Civil Servants in Ogun state, as their December salary has been paid with extra, the 13th month bonus.

The State Commissioner for Finance, Wale Osinowo, disclosed this while defending the Ministry’s 2018 Budget estimate before the House Committee on Finance and Appropriation, in Abeokuta.

The Commissioner said that this was despite the fact that the state government has yet to receive the last tranche of the Paris Club Refund.

He explained that the state government used the first tranche of the Paris Club Refund to pay the salary of its workers.

“On the Paris Club Refund, guidelines were set by the Federal Government and the state government has been following it to the letter.

“When we got the second tranche, we used 75 per cent for settlement of salaries and deductions of workers while the remaining 25 per cent was used to execute projects.

“We are yet to receive the third tranche of the refund,” he said.

He added that the state government had also cleared the severance package of former political office holders at the state level.

The Commissioner said that by the first quarter of 2018, the state government would clear the severance allowance of former local government political office holders.

“The amount to be paid between 2007-2011 is N540 million while the amount between 2011-2015 stands at N560 million which makes it just over N1.1 billion to be paid as severance to the local government political office holders.

“Before the first quarter of 2018, we will ensure we settle the severance allowance,” he said.

He explained that the Ministry had earmarked the sum of N5.2 billion as its recurrent expenditure for 2018 while capital expenditure would gulp N200 million.

Osinowo added that the 2018 Budget of the state tagged “Budget of Accelerated Development” was workable and realistic.

Responding, House Committee Chairman on Finance, Olusola Bankole, said that the Finance Ministry was important to the development of the state.