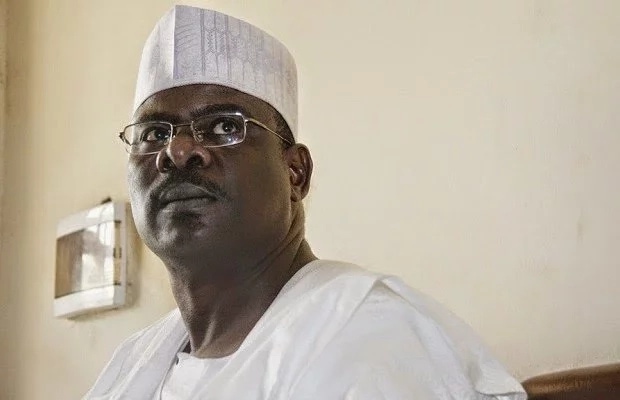 The Federal High Court, Abuja, has declared the suspension of Ali Ndume by the Senate as illegal and ordered that Ndume be paid all his outstanding salaries and allowances.

Babatunde Quadri in his judgment on Friday, set aside the suspension and ordered that Ndume be allowed to resume his duties in the Senate as a Senator.

“The suspension of the plaintiff (Ndume) is hereby declared illegal,unlawful and unconstitutional. The purported suspension contained in the letter of March 30 is hereby set aside.

“The first and second defendants (the Senate President and the Senate) are hereby directed to pay the plaintiff his outstanding salaries and allowances forthwith.”

The Judge, however, refused to grant the N500 million damages Ndume asked the court to award him.

“Relief on the issue of damages is hereby refused, because I hope this will facilitate reconciliation in the Senate between the plaintiff and other members of the Senate and bring peace to our nascent democracy.”

It will be recalled that the Senate had on March 30, suspended Ndume, who was former Majority Leader for 90 legislative days (six months).

Ndume was suspended for not conducting due diligence before filing a petition against the Senate President, Bukola Saraki and another Senator, Dino Melaye.

The Senate Committee on Ethics, Privileges and Public Petitions, who investigated the matter recommended that Ndume be suspended for one year.The report, which was presented by the Committee’s Chairman, Samuel Anyanwu was considered by the lawmakers at plenary.

Ndume was subsequently suspended for six months for “bringing Melaye, his colleague, and the institution of the Senate to unbearable disrepute.”

Ndume, not satisfied by the reason given for his suspension, headed to court to challenge the action of the Senate.