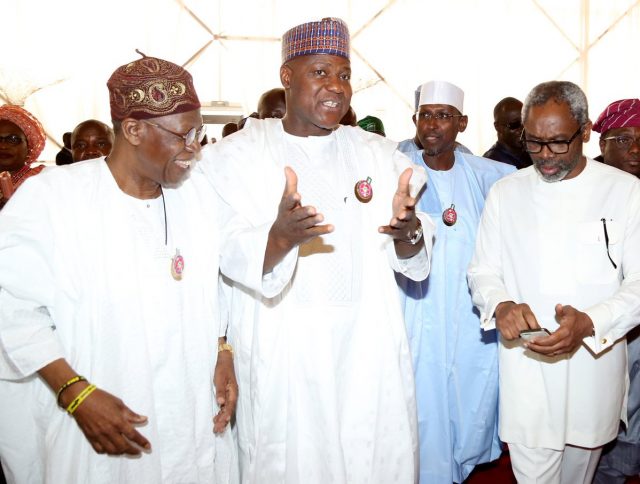 Speaker of the House of Representatives, Yakubu Dogara, raised over N300 million for charity during his 50th birthday celebrations, Punch reports.

Present at the celebration was billionaire Aliko Dangote who donated N100 million.

Others at the event included Idahosa Okunbo, who donated N50 million; Emeka Offor, N20 million; and the governors of Bauchi, Sokoto, Zamfara, Kebbi, Edo and Borno states who donated N10 million each.

Accepting the donations, the Speaker thanked the donors and assured them the monies would be spent to provide for the needs of internally displaced persons, and to fund charities.

“I thank the leadership of the All Progressives Congress, governors, Senators and Reps who graced the occasion, former Speakers, management of @nassnigeria, leaders of industries, traditional rulers, and all dignitaries and well wishers who contributed in no small way to making the event successful.

“All proceeds will be donated to IDPs and the less privileged,” he said.

Secretary to the Government of the Federation, Boss Mustapha, who represented President Muhammad Buhari at the event, praised the Speaker for his role in dousing the Executive/Legislative tensions.