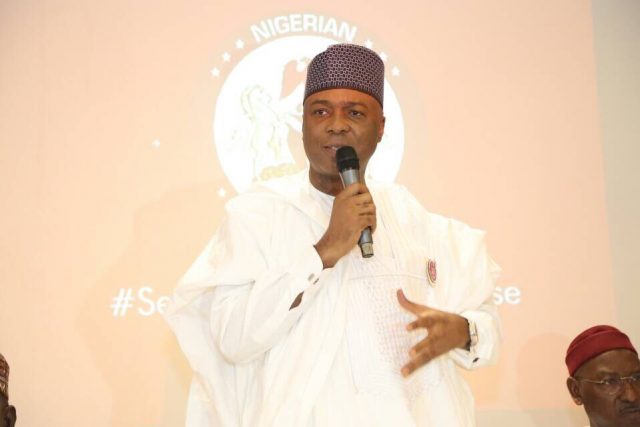 The Senate President, Bukola Saraki has advised all Agencies charged with the responsibility of enforcing drug laws to buckle-up and ensure effective enforcement of the law prohibiting the consumption of illicit drugs in the country.

Saraki, who gave the advice at the Senate Roundtable on drug abuse in Kano on Monday in his reaction to comments made by some stakeholders, advised the agencies to swing into action, to ensure that unlicensed pharmacists and patent medicine stores owners were arrested and prosecuted.

“All drug law enforcement agencies such as NAFDAC, NDLEA and others should swing into action to ensure that the activities of such unlicensed pharmacists were checked.

“We cannot be a lawless society and in two weeks we must get feedback,” the Senate President said.

The Senate President, who lamented the alarming rate of drug abuse in the country, threatened to withhold the budgetary allocation of all non-performing enforcement Agencies in the country.

He assured Nigerians that the upper Chamber of the National Assembly would do everything within its powers to sanitise patent medicine business in the country.

According to him, the Senate will pursue the issue with the needed commitment and a view to ensuring the success of the fight against the sales and consumption of illicit drugs across the country.