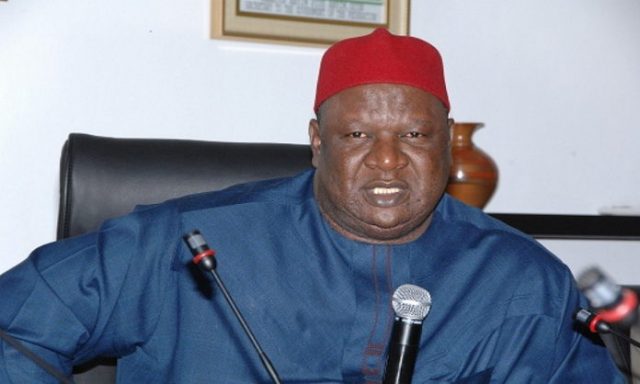 The Economic and Financial Crimes Commission (EFCC) has confirmed the arrest of former Secretary to the Government of the Federation (SGF), Anyim Pius Anyim over fraud he allegedly committed involving Centenary City in Abuja.

It was learnt that Anyim, who was also a former Senate President, is in detention and is being interrogated by EFCC officials.

The House of Representatives had recently recommended the prosecution of Anyim over the Abuja Centenary City project.

The project in question, which cost over $18 billion, had Anyim as a major driver.

On February 3, Anyim, while appearing before the Committee, accused Herman Hembe, the then Chairman of the Committee of “deep-seated personal bias”.

Spokesman of the Commission, Wilson Uwujaren on Friday said that Anyim was being held over an “ongoing investigation”.

Uwujaren did not give details.