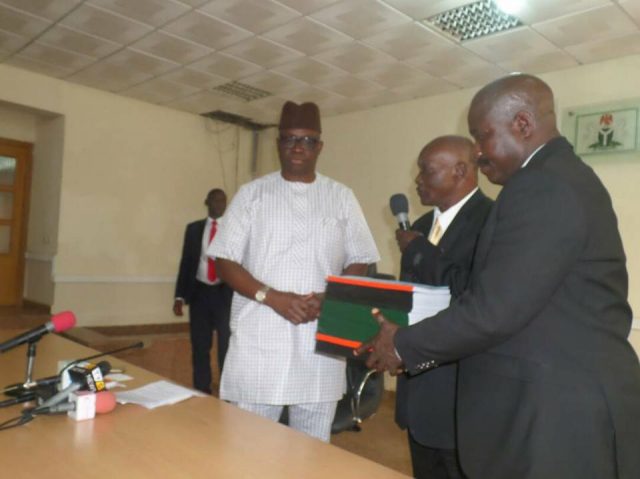 The Judicial Commission of Inquiry set up by the Ekiti State Government has alleged that former governor Kayode Fayemi administration awarded a N600m-contract to a company with no fixed address.

The commission, headed by Justice Silas Oyewole, to look into the financial transactions of the state during Fayemi’s tenure, late on Wednesday, submitted its report to Governor Ayo Fayose.

Fayemi, now the Minister of Solid Minerals, was the governor between October 2010 and October 2014.

In some of its other findings, the commission said that the former governor must account for the whereabouts of N2.75 billion allocated for the execution of the construction of an ultra-modern market in Ado Ekiti. The money was part of the N25 billion bond raised by the government .

According to the commission, the contract was never executed.

The commission of inquiry also said KITWOOD Nigeria Limited, the contractor, who handled the furnishing of the government house, built by the Fayemi administration, at a cost of N600million, should be made to refund N324.8 million. It said the contract should not have been more than N280 million.

The Commission said it found out that KITWOOD had no traceable address and that “the address on the Letter of Award is a virgin land on the New Iyin Road, Ado Ekiti.