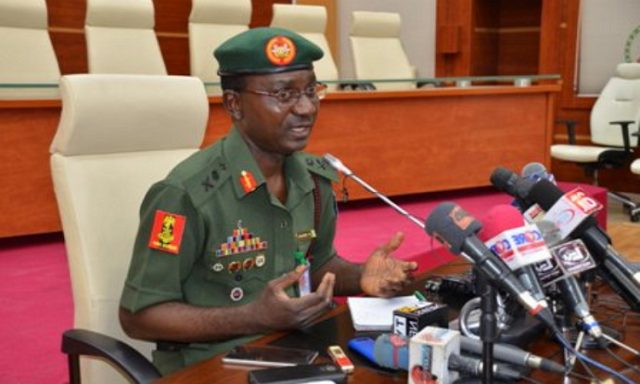 The Nigerian Army has redeployed the Director of Defence Information, John Enenche and 398 other Senior Army Officers.

A statement from the Director of Public Relations, Nigerian Army, Sani Usman, said the postings and redeployment of the affected officers represented the 2017 Fourth Quarter Postings.

According to the statement, the postings which are to take effect from January 2, 2018, had Enenche as the Commandant of the War College.

The Nigerian Army on Friday, December 29, 2017, released the 2017 Fourth Quarter Postings and Appointments of its Officers.

It will be recalled that, some Senior Officers were promoted to the ranks of Brigadier-General and Major-General, while some have also left service on completion of mandatory years of service in the Army.

In all, the postings and appointments affected 399 officers.