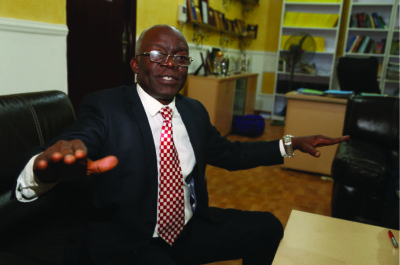 The panel was set up to review compliance of the Armed Forces with Human Rights Obligations and Rules of Engagement.

Falana, however, said that with the way the panel had conducted its proceedings he was confident that the outcome would be pleasing to all parties.

“I know the panel is made up of people of proven integrity and I know that based on the evidence before them, they will write reports and make appropriate recommendations in the interest of our country.”

George also said that the panel had done a great job, adding that the establishment of the Panel by the Federal Government was laudable.

“We pray and hope that the report of this Panel will not go down the drain, the whole world is waiting for the outcome of this panel.

“Everybody has been saying investigate and now the Federal Government has taken the bull by the horn, government has done the right thing by setting up this investigation.

“It is hoped that the reports of the panel will not end on a shelve, and that the report will be implemented by the government so as to show the good work that the military is doing and area of improvement.:”