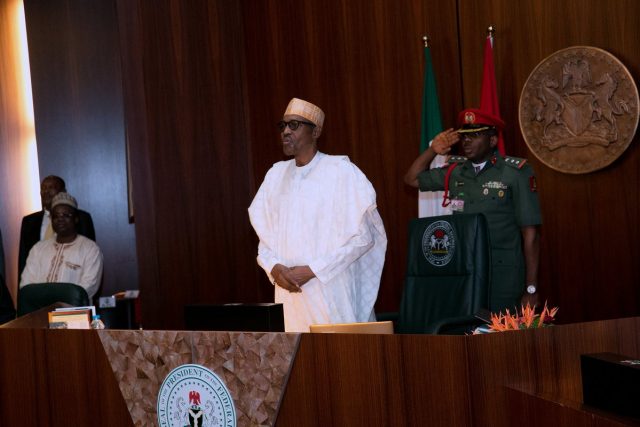 The Presidency has announced that the extra-ordinary meeting of the Federal Executive Council (FEC) presided over by President Muhammadu Buhari, will continue on Thursday.

Garba Shehu, the Senior Special Assistant to the President on Media and Publicity, who made this known in Abuja on Wednesday, said the meeting was extended to Thursday to enable the Council deliberate and take decisions on pending issues.

According to him, the Federal Government plans to make Nigerians happy by providing tangible and meaningful projects to uplift their quality of life.

President Buhari had sworn-in the remaining seven Permanent Secretaries out of the 22 appointed earlier in the year.

The inauguration preceded the Council’s meeting and had the Cabinet Members and serving Permanent Secretaries as well as some guests of the new officials in attendance.

The President did not deliver any inauguration address after the signing of the inauguration register as the FEC meeting progressed afterwards.