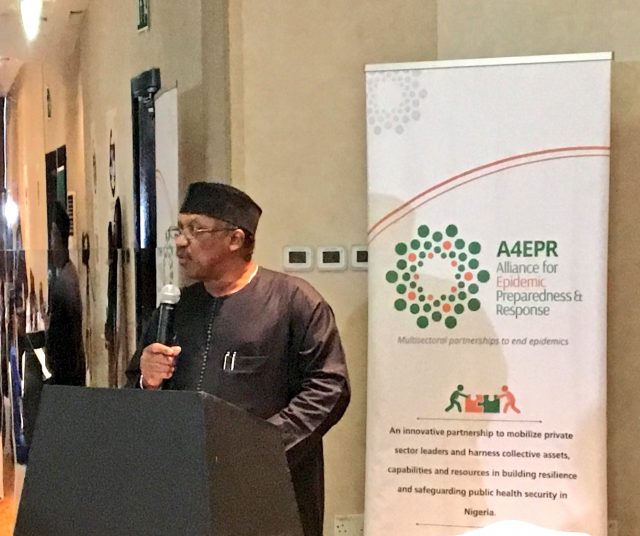 The Federal Government has pledged to support research and create liaison with traditional healers with the knowledge of plants to develop, formulate and commercialise research findings into medicinal products.

The Minister of State for Health, Osagie Ehanire, said this on Friday in Abuja while addressing journalists to mark this year’s African Traditional Medicine Day.

Ehanire noted that the theme, “Local Manufacturing of African Traditional Medicine Products in the African Region”, was apt.

He stressed that 25 to 45 percent of pharmaceutical drugs in use today were derived from traditional medicine plants in different parts of the world.

According to him, indigenous people all over the world, including Africans, treat common diseases and ailments, using medicinal plants in their traditional practices.

He added that the African Region, like Asia and South America, was blessed with countless plant species, many with already known medicinal values, others with yet to be discovered medicinal properties.

“Over 50,000 species of such plants are in sub–Saharan Africa, of which it is believed 25 percent were in use for centuries for treatment and disease prevention,’’ the minister said.

He quoted Maurice Iwu saying in a published handbook of African Medicinal Plants in February 2014, that about 2,000 plant species are presently used in indigenous African Medicines.

“Nigeria has over 8,000 species with potential benefits in ethno-medicine or ethno-pharmacy,” he said.

Ehanire said that the Federal Ministry of Health, agencies and stakeholders were studying modalities to give traditional medicine a place in the nation’s health system.

He noted that the 2018 commemoration urges utilisation of medicinal plants for finished products an opportunity for pharmaceutical companies, private investors, food and cosmetics companies to create a value chain.

The WHO Country Representative, Alemu Wondimagegnehu, said that scaling up local manufacturing was key to contributing to achieving Universal Health Coverage and Sustainable Development Goals.

Wondimagegnehu added that stronger public-private-partnerships would boost investments in local manufacturing of medicinal products and help to protect against financial risk by improving economic and social development.
He therefore called for stronger collaboration between the Federal Ministry of Health and traditional health practitioners to accelerate local manufacturing of traditional medicine products.