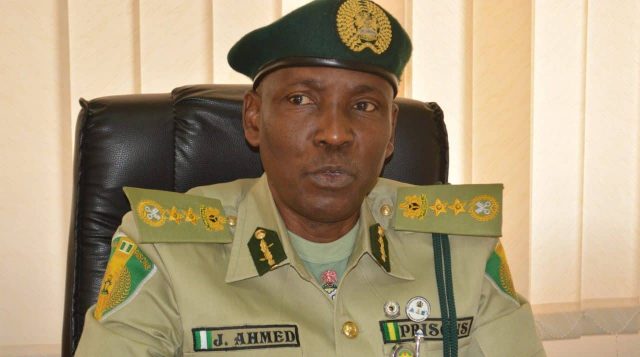 Thirty-six inmates have escaped from the Ikot Ekpene Prison in Akwa-Ibom after overpowering the security at the prison building.

Ogbajie Ogbajie, Public Relations Officer of the Nigerian Prison Service in the state in a ststement  said “at about 1147hrs on Wednesday, 27 December 2017, there was an attack on kitchen staff that were on duty at Ikot Ekpene Prison in Akwa-Ibom State by some prisoners.

“They seized an axe from fellow inmate attached to the kitchen, inflicting a deep cut to his head in the process and immediately made for the rear entrance to the prison. They broke the door with the axe and engaged the staff that chased after them in battle.”

He further explained that At the end of the scuffle, 4 of them that sustained gun shots lost their lives while 7 were recaptured.

“36 are still at large and search parties have been activated to effect their recapture,” he added.

Meanwhile, the Controller of Prisons, Akwa Ibom State Command, Alex Oditah has ordered an investigation into the circumstance surrounding the unfortunate incident.

The CP also appealed to members of the public to assist the Authority with useful intelligence that will aid arrest of the fleeing prisoners assuring that security has been strengthen in all prison formations in the state to forestall breach of security.