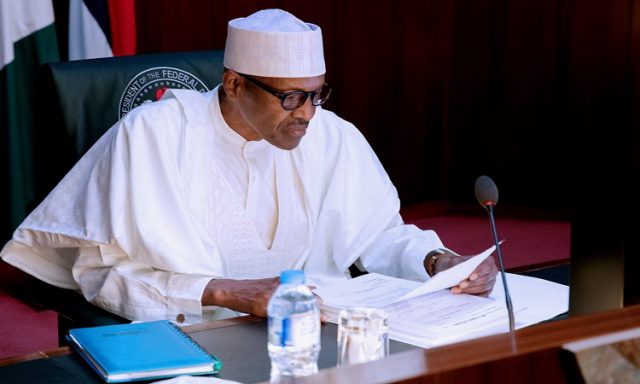 The Presidency has condemned those who have faulted the timing of a documentary, “Buhari: Beyond the Iron and Steel” put together by the President’s Media team.

The production was meant to show the other side of President Muhammadu Buhari .

The Presidency also said the current fuel crisis in the country was not enough to stop the airing of the documentary because life was not all about doom and gloom .

The Special Adviser to the President on Media and Publicity, Femi Adesina, in a statement on Sunday said fault-finding is the stock-in-trade of such people .

Adesina said if the critics found themselves in heaven , they would complain against God because they have no other pastime.

He further referred to the critics as “inveterate complainers.”

“I have read a lot of reactions, particularly online, on the timing of the airing of the documentary on President Muhammadu Buhari, slated for December 24 and 25 , 2017, respectively, by 8 pm on NTA and Channels Television .

“Some of the comments are borne out of genuine concern, which we appreciate, while others are virulent, coming from inveterate complainers. Fault finding is the stock-in-trade of such people, and if they mistakenly find themselves in Heaven, they would even complain against God.

“They have no other pastime,” he said.

He also described the scarcity as deliberate mischief and sabotage by some marketers among other factors .

Despite the crisis, Adesina said life must continue .

He said those who love Buhari passionately would watch the documentary which he said was a spice for the holiday season .