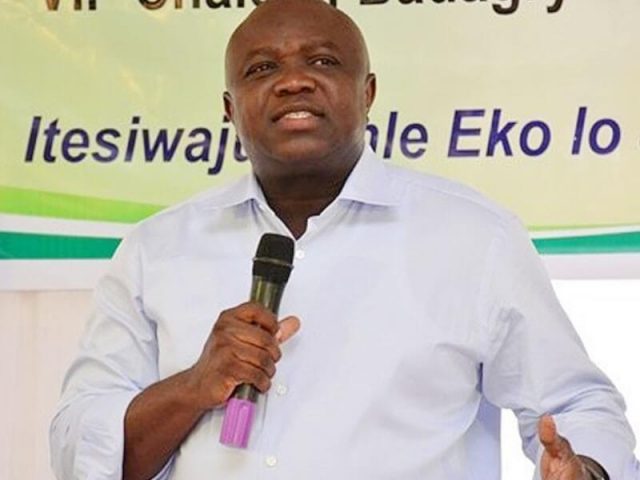 Governor Akinwunmi Ambode of Lagos state, on Monday, presented the 2018 budget proposal of N1.046 trillion to the state House of Assembly.

The budget, tagged: “Budget of Progress and Development” represents a 28.67 per cent increase over the 2017 budget of N812 billion.

The News Agency of Nigeria reports that the 2018 budget has a Capital Expenditure of N699 billion and a Recurrent Expenditure of N347billion. The capital to recurrent ratio of the budget stood at 67:33.

“The budget will be used to consolidate on infrastructure, education, transportation/traffic management, security and health, with an added emphasis on mandatory capacity building for civil servants, all teachers in public secondary/primary schools, officers in the health service sector and women and youth empowerment,” Ambode said.

He said that the estimate of total revenue for year 2018 was N897.423billion, of which N720.123billion would be generated internally.

According to him, a total of N148.699billion will be sourced through deficit financing within the state’s medium term expenditure framework and that in 2018, economic affairs would continue to dominate and get the largest allocation of the budget, adding that there was a lot to be achieved in the coming year.