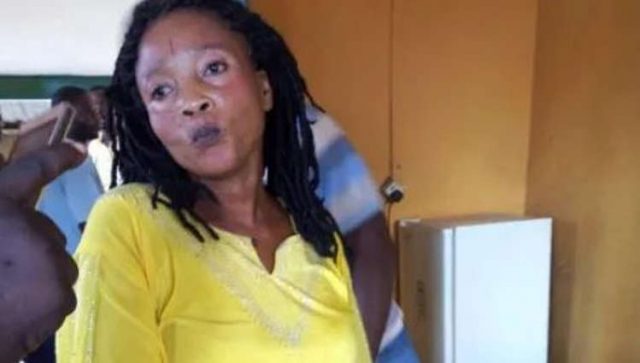 33-year-old Fatima Balogun has been arrested for allegedly smuggling a phone inside a cooler of soup to her imprisoned boyfriend.

Her lover identified as Ganiyu Ajibode was remanded six months ago for Armed robbery.

How she perpetrated the act

It was gathered that she allegedly wrapped the phone in a cellophane sheet and hid it in a food flask.

Her attempt to get the phone to her lover was foiled by men of the Special Intelligence Unit of the Nigeria Prison Service (NPS) at the gate lodge of Abeokuta prison in Ibara who arrested her.

Fatima who claims to be a single mother of three said she lives in Fagba, Ilu-Saga area of Lagos state. She said she met Ganiyu two years ago after her divorce from her husband.

The Controller of Prisons, Ogun State Command, CO Benson Abolade confirmed her arrest and said she was arrested for trafficking in Prison.

Abolade said her offense was against the prison operation and a threat to national security. He added that she will be prosecuted in order to serve as a deterrent to others.