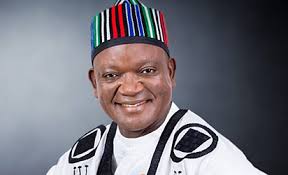 Huma Right Writers  Association of Nigeria, HURIWA has asked governor Samuel Ioraer Ortom to ensure that the armed vigilante operatives are not manipulated as political goons like it is done now with Ebubeagu in Imo State by Hope Uzodinma resulting in the constant genocide of Igbo Youths.

It said: “The decision by the Benue State Chief Executive officer Samuel Ortom and the house of assembly to legislate into being, the armed civilian vigilante to protect the citizens from the rampaging onslaught of armed non-state actors that have killed over 3,000 Benue indigenous people over the past 7 years is salutary. The decision has come so late in the day when so much destruction has been done by armed herders from all sorts of places but it is better to be late than never to do anything as suggested by Benue politicians who blindly endorsed the antagonistic tendencies of president Buhari towards the security and wellbeing of Benue people.

“Any responsible governor both in the South Eastvor North should embrace this exemplary leadership of this Benue’s helmsman who gave President Muhammadu Buhari’s administration enough time to stop the killings but got antagonistic reactions from the same office of President ”.

“We recommend that the Benue Security vigilante outfit is deployed to protect every citizens of Benue State and law abiding residents of that state. “We support the security, stability and tranquility of Benue State because Benue State is very useful as the incontestable foods basket of Nigeria because since the killings by herders started in Benue, Yam tubers have now become rare commodities and so the decision to protect farmers in Benue State is agenda that every right thinking Nigerian should support now and going forward.

HURIWA recalled the Benue State Government, on Thursday, approved the establishment of vigilante groups to combat the high rate of insecurity in the state.

Governor Samuel Ortom disclosed this when he briefed journalists on the outcome of the expanded stakeholders’ meeting held at the new banquet hall of the Government House.

Addressing journalists on the resolutions of the meeting, Ortom, who said renewed attacks on the people by armed herdsmen had overstretched security agencies, noted that the state government had decided to enforce “the law to provide for the establishment of community volunteer guards (vigilantes).”

He said the vigilantes would be constituted from the community to local government levels to complement the operations of conventional security agencies across the state.

Ortom explained that the recruitment process would commence immediately, adding that those to be recruited would be within the age range of 18 to 50 and mostly ex-service men.

The governor stated, “Those to be recruited are ex-service men and people from 18 to 50 years, and they must have stable sources of income and must have lived in their respective communities for a minimum of six years and they must be of impeccable characters and be loyal.

“All the vigilantes must carry weapons that are licensed so that anytime there is external aggression, they must be able to rise up to defend themselves.”

The governor said the state government has been mandated to support the vigilantes with logistics as provided in the law, adding that the recruitment of personnel should be carried out in the 23 local government areas of the state. The three socio cultural associations in the state, the Mdzough U Tiv Worldwide, Ochetoha, K’Idoma and Omini Igede passed a vote of confidence in the governo 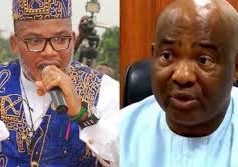 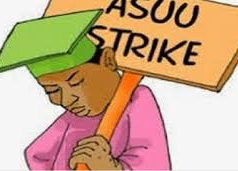 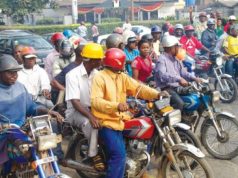