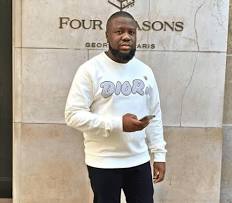 The Police Service Commission (PSC) has said  that it is yet to receive formal report on the allegations against Deputy Commissioner of Police (DCP) Abba Kyari in a US court.

Suspected internet fraudster Ramon Olorunwa Abbas alias Hushpuppi is reported to have told the US Federal Bureau of Investigation (FBI) about a deal between him and Kyari on the arrest of another suspected fraudster, Kelly Chibuzo Vincent.

The US wants Kyari extradited to answer questions of the allegations. Although, Police Inspector-General Usman Baba, said the Force Headquarters had commenced investigation into the allegations, the PSC said it was yet to be formally briefed on the situation.

The Commissioner in charge of Media on the board of the PSC, Mr. Austin Braimoh told The newsmen that the commission would not be bound by the IG’s review of the allegations against Kyari. But he said a formal report has to come first from the appropriate quarters to the commission for it to take action.

“The PSC has no position on the allegations against DCP Abba Kyari for now,” he said. This is because no formal report is before the Commission on the officer. All we hear are mere allegations from media outlets. No constitutional body works with such. A formal report must come to the Commission from somewhere or someone. Besides, we heard that a United States Court either indicted or ordered his arrest. It sounds strange to me that a US court could order the arrest of a non-citizen, a Nigerian citizen resident in Nigeria.

“Nigeria is a sovereign nation with its laws and justice systems. We surely must be guided by our own attorney general, and also guided by our own courts, internal investigations and to trust our justice system. I’m not aware of any petition against the said officer before the Police Service Commission. If the IGP has one, we believe that he will do justice to it and forward to us for necessary action at the appropriate stage”.

A court document released by the United States Department of Justice on Wednesday, claims Kyari was bribed to arrest Vincent who created bogus documents and arranged for the creation of a fake bank website and phone banking line to support the swindling of a business person. Kyari has denied the alleagtion, stating that he did not demand any money from Hushpuppi. He said he also introduced the accused to a cloth seller whom Hushpuppi paid about N300, 000.

Meanwhile, Usman Kyari, younger brother to the embattled Deputy Commissioner of Police (DCP), Abba Kyari, yesterday deleted pictures of himself posing with several luxury vehicles or in apartments on his Instagram handle. Usman’s social media posts began attracting attention on Friday following his elder brother’s indictment by the FBI. Usman’s page, with 2052 followers as of Friday evening was replete with examples of luxury living, such as a fleet of cars and photos of him clad in fine attires.

In one of the photos, he was seen posing with a luxury Toyota SUV and, in others, with Mercedes Benz SUVs. Usman took to his Instastories on Friday to defend his brother over the bribery allegations against him, citing the position of Femi Fani-Kayode, ex-minister of aviation. The Instagram pictures went missing on his page yesterday.

The Nation also gathered that Hushpuppi has been made aware that he is to be deported after he is sentenced in October. This followed a plea agreement he entered with the prosecution after pleading guilty to money laundering and internet fraud-related charges, among others. But it is unclear where he will be deported to, Nigeria or the Caribbean. This is because Hushpuppi has dual citizenship. He acquired a St. Christopher (St. Kitts) and Nevis citizenship and a passport for $40,000 and $10,000 cash in February 2020.

“Defendant (Hushpuppi) and his counsel have discussed the fact that, and defendant understands that, if defendant is not a United States citizen, the conviction in this case makes it practically inevitable and a virtual certainty that defendant will be removed or deported from the United States,” the court document stated.

It noted that Hushpuppi may also be denied United States citizenship and admission to the United States in the future.The document added: “Defendant understands that while there may be arguments that defendant can raise in immigration proceedings to avoid or delay removal, removal is presumptively mandatory and a virtual certainty in this case.

Defendant further understands that removal and immigration consequences are the subject of a separate proceeding and that no one, including his attorney or the Court, can predict to an absolute certainty the effect of his conviction on his immigration status.”