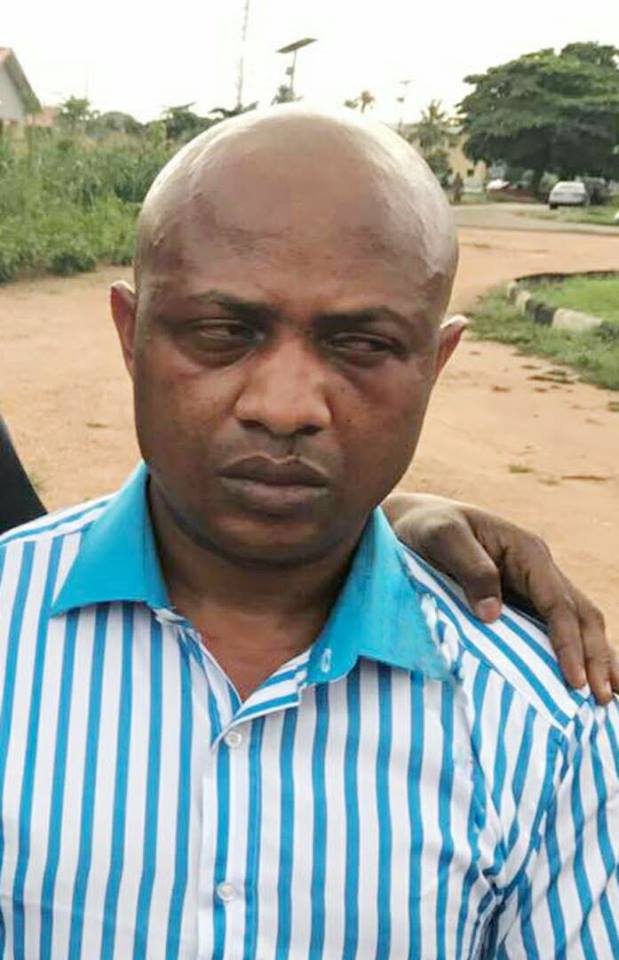 Alleged Bllionaire kidnapper, Chukwudumeme Onwuamadike, popularly known as Evans, has told the Lagos State High Court in Ikeja that the last time he was fed by the Nigerian Prison Service was five days ago.

Evans and the other five accused persons made the complaint during the continuation of their trial before Justice Hakeem Oshodi on Friday.

Immediately Evans was brought into the courtroom, Evans and the other accomplices began agitating about their feeding condition in prison custody.

According to him, the prison authorities deprived him of change of clothes, food, and water since Wednesday.

“This is unfair, I have not been given food and change of clothes. I was not given the opportunity to bathe since Wednesday. I am seriously hungry now. They locked us in one place, no food and no water to take my bath. The last we were fed was when a wife of one of us brought food,” he lamented.

“Only the living can stand trial”

Evans’ counsel Olukoya Ogungbeje, and one of the defendant’s lawyer, Emmanuel Ochai, also attested to the fact that their clients are being starved.

Ogungbeje therefore sought permission to go buy food for his clients, pleading that only a living person can stand trial.

Having listened to the reactions, the Presiding Judge ordered the prosecutor, Titilayo Shittay-Bey, to investigate the accusation.

At the resumption of hearing, Justice Oshodi threw out the bail application filed by the only female defendant, Ogechi Uchechukwu, asking to be released on bail.

The judge said he found no merit in her application for bail, stating that the defendant has no concrete base in Lagos and would constitute a flight risk.

The Judge thereafter adjourned the matter to January 19, 2018, for cross-examination of the first witness and continuation of trial.