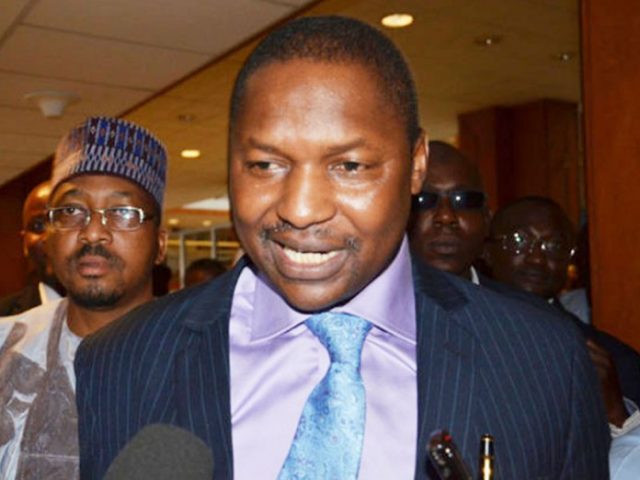 The Attorney General of the Federation, Abubakar Malami, has denied having any involvement in the reinstatement of the former Chairman of the Presidential Task Force on Pension Reforms, Abdulrasheed Maina.

He said the letter giving clear directives on the reinstatement of Maina, couldn’t have genuinely emanated from his office.

He made this known on Thursday when the House of Representatives ad-hoc Committee set up to investigate the case, commenced hearing.

The AGF and the Minister of Justice also alleged that there is an existing pension fraud syndicate made up of politicians, legislator and retired Civil Servants.

According to them, Maina was part of the syndicate and had a fall out with them and now the group is working hard to ensure that their activities are not exposed.

Present at the hearing were the Minister of Justice, Abubakar Malami, the Minister of Interior, Abdulrahman Dambazau, the Head of Service, Winifred Oyo-Ita and a representative of the Inspector General of Police.