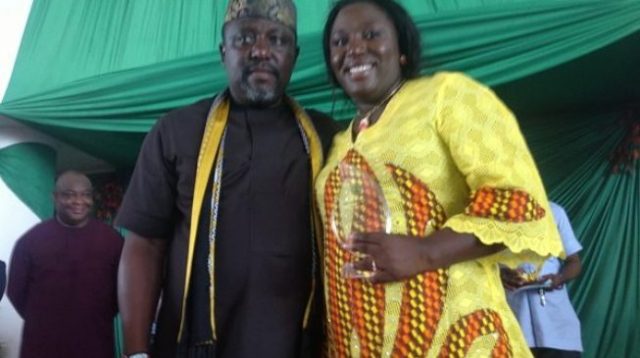 Imo Governor, Rochas Okorocha has declared that he is bigger than Imo state and Nigeria, stressing that he is now an African.

He made this known while giving reasons he appointed his sister as commissioner for happiness and purpose fulfillment.

Speaking with Vanguard, Okorocha said: “Rochas is bigger than Imo State. I am bigger than Nigeria.

“No, when I say “bigger,” I mean that this is not the only place I belong to. I mean I have gone beyond being an Imo man, beyond being a Nigerian. I am now an African.

“So, don’t put me like a small rat in a small hole. I have a bigger image than what people see. If you say I run a family government, that means I run a very big government. I have thirty commissioners.

“All of them are members of the same family with me. What a fantastic family! I have 27 Special Advisers and 30 Special Assistants.

“But if they are talking about biological relationship, that my younger sister is made a Supervisory Commissioner for Happiness and Purpose Fulfillment, I also want to explain that Ministry.

“But before I go into that, the young lady is my sister. She has committed no offence. My predecessor appointed his brother as Chief of Staff; same mother, same father.

“She is a Deputy Chief of Staff (Domestic), which is even higher than a Commissioner. The young lady is qualified. Because she is the governor’s sister, she should not play a role?

“So, if my son wants to run for governor he cannot run because he has committed the offence of being the governor’s son? What is important is delivering the goods.”