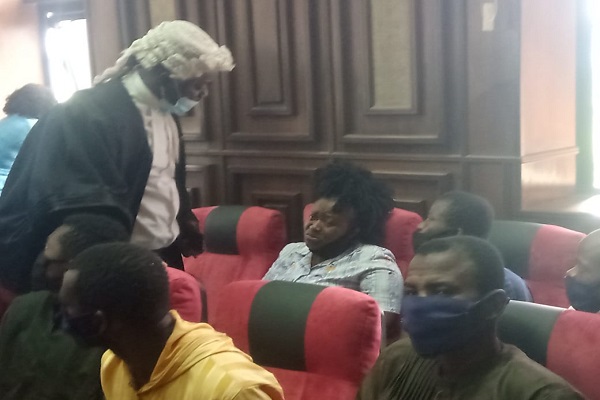 The Federal High Court in Abuja has adjourned the suit brought by the 12 detained aides of Sunday Sunday Igboho, to August 4.

In his ruling, Justice Egwuatu granted the applicants’ lawyer, Pelumi Olagbenjesi, the leave to amend his processes to correct the names of the applicants.

It was learnt that operatives of the Department of State Services, DSS, and security personnel attempted to prevent television cameramen from taking pictures of the 12 aides of Yoruba secessionist, Sunday Adeyemo alias Sunday Igboho, inside the courtroom.

The operatives reportedly confiscated the phone while journalists were making move to capture the 12 detained associates.

Recall that Ighoho’s aides were brought to court on Monday in compliance with the judge’s order.