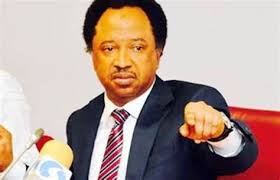 According to him, taking such step is necessary due to the high level of the insecurity challenge bedeviling the country.

The former federal lawmaker  in a post on his Twitter handle on Thursday, gave the suggestion on the premise that the Federal Government has failed to provide the needed security for citizens.

He wrote, “If the Government and security agencies can’t crush these terrorists and bandits kidnapping and killing our people in Northern and Southern Kaduna, people should be officially allowed to carry same weapons and let’s see who owns the land.”

The call is coming at the time when s bandits have been launching incessant attacks in the North, killing and abducting people.

It will be recalled that the daredevil gunmen bombed the Abuja-Kaduna train en route to its Rigasa destination with hundreds of passengers on board.

Official report said eight passengers  were confirmed killed and 26 injured. An unspecified number of people were also kidnapped by the terrorists.

It will also nrecalled that bandits launched an attack on the Abuja-Kaduna, Yankara-Tsafe roads,.

It was learnt that  the bandits who were on the rampage in the areas left several commuters stranded after deadly attack. Of

Again, on Wednesday morning, terrorists killed about 25 persons and abducted several others in the Giwa Local Government Area of Kaduna State.