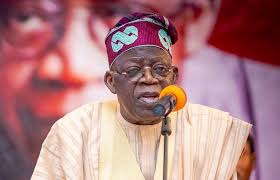 The former Governor of Lagos State Bola Tinubu has said that he would address issues fueling agitation in the South East region if he becomes the President in 2023.

It should be noted that the former Governor is the presidential candidate of the All Progressives Congress (APC) in the upcoming general elections.

Bola Tinubu, yesterday solicited the votes of the people of the South East, promising that his administration would address issues fueling agitation in the zone.

He spoke at Pa Ngele Oruta Township Stadium, Abakaliki, Ebonyi State, when he led members of his campaign team to officially flag off APC campaign in the state.

He promised to revive the economy of the zone and make it the Taiwan of the country using the rich human resources which he said abound in great quantity.

He noted that his achievements as governor in Lagos remained an eloquent testimony of his capacity to lead the country alright, saying he deplored best the hands from all parts of the country to develop the state.

He reminded the people of the failures and disappointment they suffered during the 16 years government of the Peoples Democratic party (PDP) and urged them not to vote for the opposition party.

He commended Governor David Umahi for joining the APC, stressing that his decision was for the best interest of the people of the state and the zone in general.

“In the PDP 16 years of governance, there is no blinker of electricity anywhere in this country. Should they come back to power? No. How will they come back? We don’t want to go backwards, we are progressives. We will move the country forward. We will make the South East the Taiwan of Nigeria. We will do it. It is a matter of rightly deploring the right intellectual which abounds here. We will embark on economic restoration and empowerment. We will ensure electricity and end the extortionist electricity billing. We will address the issues of agitations in South East by bringing agitators to a round table for discussion because we believe that addressing societal challenges does not demand conflict.”

Speaking, Governor Umahi said the APC government under President Muhammadu Buhari has helped the South East more than any other administration before it.

He assured the APC candidate that achievements of APC government, both at the federal and state level, would speak for him and ensure his victory in the state and the entire South East in 2023.

At another forum in Abakaliki, Tinubu pledged to review the nation’s reward system to encourage productivity.