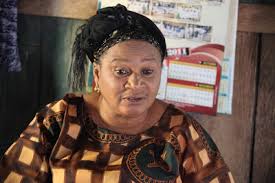 It was reliably learnt that she passed on last night after returning from a movie set.

The renowned artiste was scheduled to resume for another film shoot on Saturday, July 31 when the news of her death filtered into town.

Stakeholders in the TV and film industry confirmed her passing away to The Nation.

He said: ‘Another Iroko has fallen. It’s true Rachel Oniga is dead. She died last night. It’s a sad loss for Nollywood.’

He said: “it’s sad we lost Madam Oniga. I heard and after confirmation, I was told that Madam Oniga has gone to be with the Lord.”

The Next Movie Star creator, Sola Fajobi also expressed sadness over the death of the  actress.

He said: “it’s a sad loss. I am personally pained because I have a personal relationship with her but God knows best.”

The death of Oniga is coming after the passing away of veteran singer and broadcaster, Feladey.

Oniga has featured in over 200 movie  productions