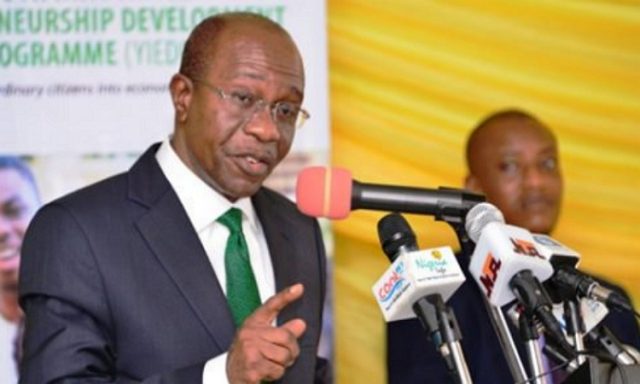 The alleged kidnapper of the wife of Godwin Emefiele, Governor of the Central Bank of Nigeria (CBN), Umar Abubakar, has died in police custody. Margaret Emefiele, the CBN Governor’s wife, was kidnapped in 2016.

Abubakar was reported to have died due to the injuries he sustained during a gun duel with policemen in his bid to evade arrest last year.

He, as well as gang members Mohammed Yusuf, Edwin George, Musa Maidabara, and Ernest Uduefe, were to be tried before Justice Babatunde Quadri of the Federal High Court, in Abuja, on Tuesday. The arraignment proceeding was stopped due to Abubakar’s death, which was announced in court by the lead prosecuting counsel, Aminu Alilu.

Alilu of the Office of the Attorney General of the Federation, said, “This charge was filed on October 7, 2017, but, on October 24, we were informed of the demise of the first accused, who died as a result of injuries he sustained, while in the course of exchanging gunfire with the police.”

Justice Quadri adjourned until December 14 for the arraignment of the surviving defendants.