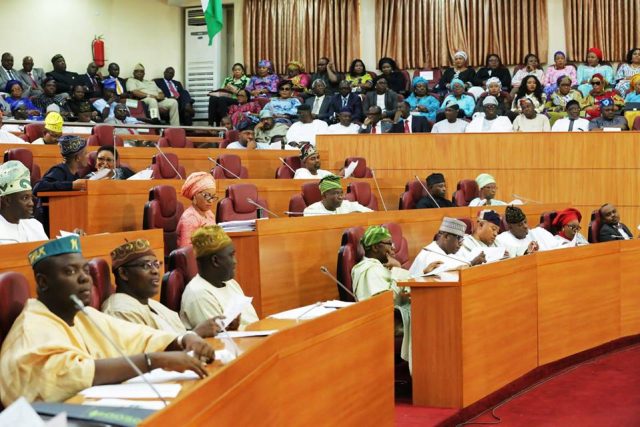 The Lagos State House of Assembly on Thursday moved to increase the state government revenue by reviewing the current Land Use Charge in the state.

The Assembly subsequently committed the Bill to the House Ad hoc Committee on Finance headed by Yinka Ogundimu.

According to the Speaker of the House, Mudashiru Obasa, the proposed law is all about increasing the revenue generation of the state by bringing more houses into the net.

Obasa said that a situation where only a few consultants were working with the state government on the collection of Land Use Charge, was not encouraging.

The Speaker, who noted that so many buildings have yet to be captured in the tax net of the state, said there was need for more consultants.

“We need more consultants to do the job, so that the entire state can be covered in the collection of Land Use Charge.

“Whatever tribunal that would be set up to deal with offenders should have the support of the government.

“On the issue of exemptions, we cannot exempt religious organisations because most of the worship centres are making money.

“We could only exempt Non Governmental Organisations; however, let’s leave all in the hand of the Committee,” he said.

Also speaking, the Majority Leader of the House, Sanai Agunbiade, said that the Bill would repeal the existing laws on land use charge.

The Deputy Speaker of the House, Wasiu Eshinlokun-Sanni, who commended the Bill, said that it would help to increase the revenue of the state government.

The Chairman, Adhoc Committee on Budget and Economic Planning, Gbolahan Yishawu, harped on enforcement in collecting the charges.

Yishawu decried the situation, where only about 300,000 houses were paying land use charge in a state with over two million houses.