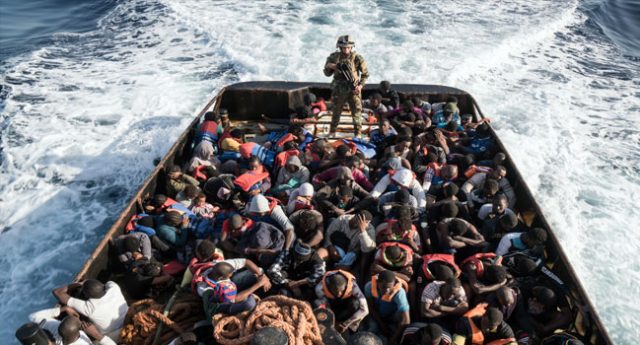 The National Assembly has called on President Muhammadu Buhari to use the opportunity of the ongoing European Union and African Union Summit in Abidjan, Cote d’Ivoire to table the Libyan slave trade matter before the Libyan delegation.

Theadvocate.ng reports a video documentary done by Cable New Network (CNN), which showed how some African migrants including Nigerian were being sold as slave in Libya.

Both the Senate and the House of Representatives considered the issue based on separate motions on Wednesday and pushed for talks between the Nigerian government and its Libyan counterpart. The Senate urged the Ministry of Foreign Affairs to invite the Libyan Ambassador to Nigeria and discuss how to end the slave trade in the country, which has drawn widespread condemnation.

Senator Baba Kaka Garbai (Borno-Central), who brought up the issue with a motion entitled, ‘Urgent Need to Protect Nigerian Citizens from the Libya Slavery Auction,’ decried the “barbaric” sale of migrants, many of who are Nigerians. The Senate President, Bukola Saraki, who described the development as a slap in the face called for more steps to be taken to protect citizens.

“As a country, truly, it is a slap in the face of all of us if Nigerians can be treated in this manner. Like somebody said, Ivory Coast that is not as big as us is taking action to see how they can bring their own citizens back. We need to be doing similar things,” he said.