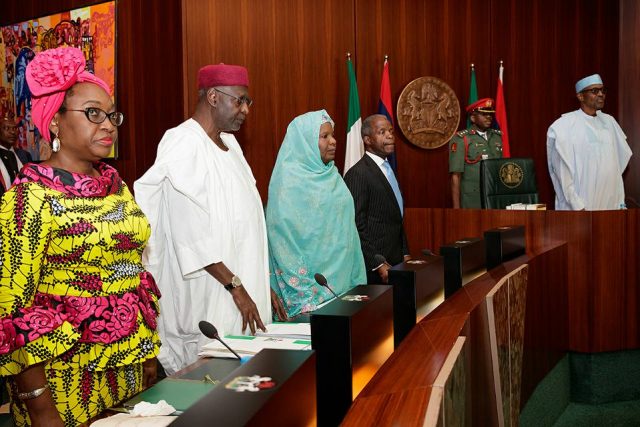 The Special Adviser on Media and Publicity to President Muhammadu Buhari, Femi Adesina, has reacted to the report on a leaked memo attributed to the Head of Service of the Federation, Winifred Oyo-Ita, by Punch that the President was aware of the reinstatement of wanted former Chairman of the Pension Reforms Commission, Abdulrasheed Maina, into the Civil Service.

Adesina in a telephone interview on the popular “This Morning with Jimi Disu” monitored on Lagos Talks 91.3 FM, described the report as a conjecture of the reporter’s imagination in spite of making a confession that he was yet to see it.

The Presidential Spokesman said he would have to read the report, and confirm from Oyo-Ita and President Buhari before issuing official position on the report.

“Accusations are not necessarily true. If the President now says this thing is not true, respond to it.

“Or if I read it myself and I get in touch with the Head of Service and she affirms it, it’s a different thing. For her, it’s either she own up or disclaim the report,” Adesina added.

In the said memo addressed to Chief of Staff to the President, Abba Kyari, Oyo-Ita was quoted by the newspaper as saying she sought audience with the President after the FEC meeting of Wednesday, October 11, 2017 where she briefed Buhari verbally on the wide-ranging implications of the reinstatement of Maina, especially the damaging impact on the anti-corruption stance of his Administration.

Adesina on sack of Lawal and Oke

Speaking on the On the sack of former Secretary to the Government of the Federation (SGF), Babachir Lawal and Director-General of the National Intelligence Agency (NIA), Ayo Oke, Adesina said the Buhari Administration has done the right thing by taking the necessary steps as recommended by the report of the Committee headed by the Vice President, Yemi Osinbajo.