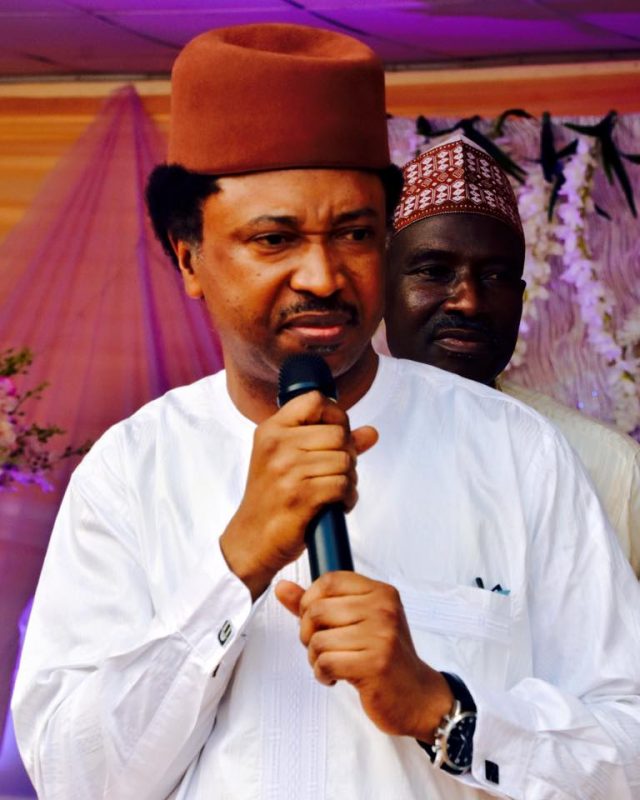 Senator Shehu Sani has attributed the recall of a former Chairman of the Presidential Task Force on Pension Reforms, Abdulrasheed Maina, to the disjointed state of government in the country.

Senator Sani, who represents Kaduna Central senatorial district in the red chamber believes Maina’s reinstatement into the Federal Civil Service has left Nigerians to question how the Federal Government intends to achieve the objectives of its anti-corruption war.

“What is clear in the whole of these is the very fact that things have not actually changed very much in the very sense that if a man who has an issue to settle with morality, with sanity could at these very times be re-invited or recalled, then moral issues certainly were raised and is also a revelation of the discord and the disjointed state of government as it is now,” he said during his appearance on Channels Television’s Politics Today.

According to him, the developmentalso reveals “the very fact that some persons are behind the scene wielding very strong powers to which their wielding of power is directly in contradiction with what the President stands for, believes in, and advertises as the moral principles of his government.”

Senator Sani, however, said that a lot needed to be done by the government in order to fulfill its promises to Nigerians, especially in the fight against corruption.

“It is of concern today that yesterday, like I’ve said in my tweets – corruption was being hoisted under an umbrella and today is being swept under the carpet in the very sense that many things have not changed despite the promise of change.

“It is worrying for the fact that there are so many expectations, so many hopes and opportunities for us to cleanse the system; it is very clear that corruption is becoming a cat with nine lives”.