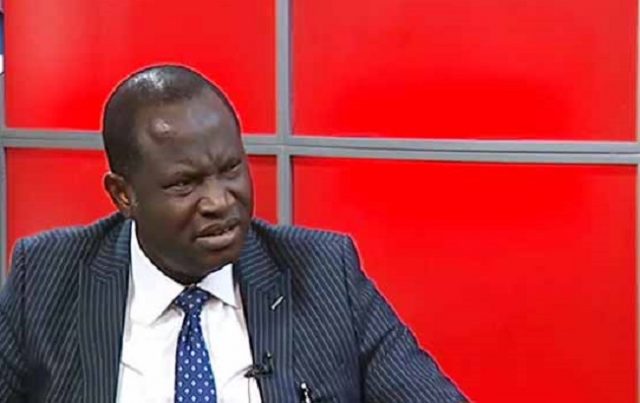 Legal Practitioner, Jiti Ogunye, has asked the embattled former chairman of the Presidential Task Force on Pension Reforms, Abdulrasheed Maina, to present himself before the court rather than requesting to meet with President Muhammadu Buhari.

Ogunye described Maina’s comments and request to meet with the president as “cock and bull stories”, as well as an attempt to evade the justice system.

Speaking when he featured on Channels Television’s Sunrise daily, in response to an exclusive interview of Maina in which he insisted that he was innocent of the allegations preferred against him, he said: “Maina wants to meet with Mr Presdient over what? Do we even respect our court at all? Do we respect our judicial process? Do you know that in this country, Supreme Court justices are being tried in court? Who is he to be saying that he wants to recover money?

“Present yourself, you are a fugitive from justice. Have your day in court prove your innocence there – that is the law that I know. All this talk about I want to see the president – for what? He has seen the Attorney General of the Federation and he told us that he visited Maina to the knowledge of the National Security Adviser of Nigeria”

Speaking further about the involvement of the Attorney General of the Federation, Abubakar Malami in Maina’s return and reinstatement, Ogunye, described the situation as a disgraceful and monumental scandal.

The AGF had denied having any involvement when he appeared before the House of Representatives ad-hoc Committee, set up to investigate the case, last week.