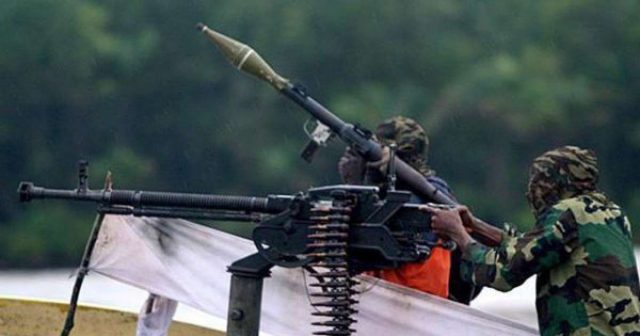 The Niger Delta Avengers (NDA) has called off its ceasefire and insists on resuming attacks on oil installations in the region.

In a statement released on Friday, the group blamed ‘fraudsters from the Niger Delta region working with government’ as the key reason for calling off the ceasefire.

The group warned that it is no longer interested in talks with the government adding that it will resume bombing of pipelines and other oil installations in the Niger Delta.

“We want to make it known to the PANDEF and the Nigeria government that our call for a halt on “Operation Red Economy” is officially over.

The Nigerian Government set up a Committee known as the Niger Delta Riverine Protection Programme last November to liaise with concerned individuals in the Niger Delta region.

There have been no substantial attacks by any groups in the region since January but attacks on oil facilities in the Niger Delta in 2016 cut Nigeria’s oil production to its lowest level in at least 30 years.